Public Teen Sex On A Staircase

As a woman by the time you hit 30, if you’re still single, generally speaking society will still impress its traditional values on you that you have in fact been ‘left on the shelf’; are a spinster; will soon be buying kittens to fill the gap in your heart/life. It’s not said out loud but it is implied.

We thirty-something singletons cling to ‘Sex and the City’ like some sort of new age bible. A guide through the wilderness of being society’s silent spinsterish outcasts. You feel it though. The ring finger on your left hand is all to obviously naked to the eyes of other women. The continual ‘plus one’ or do we even need to include a ‘plus one’ on invitations to you (they can save the money on at least one head with permanently single friends) at large functions….normally weddings.

So how does one combat this unspoken discrimination and disdain from the women that somehow managed to nab a man in their twenties? We brag about being ‘good time’ girls and loving our ‘independence’ as well as embracing out first foray into cougar town. In order to do this though, one must at least hold up the pretence of these qualities in public. I did for a good 18 months – it’s hard work though.

My friend, L, who was always destined to be successful in her professional life and was wanted by many a man was actually discerning enough not just to settle in a rush before hitting 30. What she had done was not only secured a high flying position within an international company before 30 – financial director no less. This afforded us a couple of things:

From the financially secure and rather lush surroundings we had those familiar with Essex, or more particularly Romford you may be surprised to hear it wasn’t Liquid & Envy or the Buddha Lounge we would glam ourselves up for to demonstrate the wonderfulness of being single and 30 (the closest we came to a trendy drinking hole was the Yates’ and it wasn’t all that trendy). Our preferred choice of location that had a romping good old 80s/90s/00s discos in a pub with a sticky dance floor and punters that were either locals, those strapped for cash or a more elderly clientèle was the Lamb. 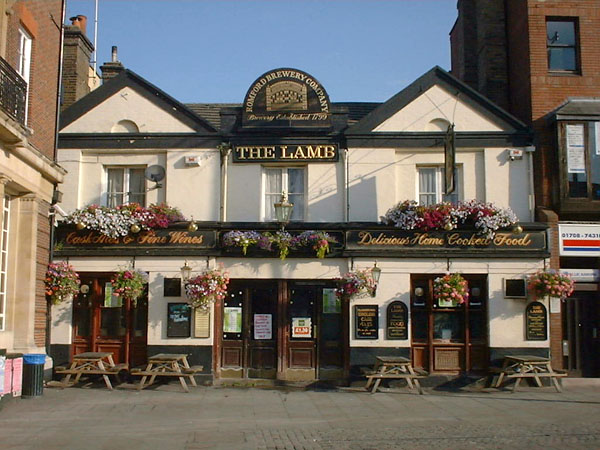 We were there for a guaranteed good time but it was slim pickings on the male front. However at some stage throughout the proceeding you could guarantee that some hapless youths (maybe those that couldn’t face the queues of Liquid & Envy) would stumble into the Lamb and L and I would zone in quickly before any other potential femme fatale competitor could edge their way into the frame.

L loved that flat. I guess it was her home, she owned it and it was safe. Mostly if we got a slow dance and a snog we’d be happy for the night. We’d have kept up the façade of single 30 something good time gals. But me? I had an insatiable libido. And an insecurity that only having a cock inside me could possibly alleviate for a time and those Friday nights in Romford threw me that occasional lifelines.

One particular night stays vivid in my mind on the grounds that I managed to hook a young lad that was eager enough to pursue me beyond the obligatory slow dance and snog and was, in my opinion and to my tastes worth allowing a successful sexual pursuit. At 18 to my pending 31st birthday, the 12 year age gap was an attractive enough attribute. The fact that his fashion was neither ‘chavvie’ nor reflective of his work appealed – a simple paid of faded denim jeans, plain white t-shirt, skate shoes and hoodie ensured he wasn’t a fashion faux pas or an intimidating fashion statement to be compared with on the journey home by passer byers – the five minute walk from the pub to L’s plush pad still required us crossing a good deal of pedestrian traffic whose drunken shout outs and cruel comments could scupper the deal for me and my one night stand. What really sealed the deal the messed up brown hair that looked like it ought to have been cut and styled months earlier that hung in his huge caramel puppy dog eyes on his cherubic face, set off with plump lips that turned into an almost diagonal smile when he did take his mouth off mine long enough to ensure he’d secured a shag for the night.

But L was not a woman of compromise. Actually that’s not fair she was. She wouldn’t leave me to have sex in the street (not that I hadn’t previously on countless occasions) but she wasn’t willing to invite a stranger into her pristine flat to infect the house with boy sex germs either. This left me and my teen with the staircase.

At this point in our sexual careers both L and I had ditched glam for comfort. Jeans and a sexy blouse was as effective, given the rather low brow standing of our frequented venue, as a glitzy dress or short skirt. It did however mean urgent access for a quickie was out of the question. Trousers are no real problem for a guy – it’s a mere unzipping and perhaps a slight shift and the erection is out and ready to power in. For me, clad in jeans, the only way that erection was going to gain entry to the (not so) forbidden fruits was complete removal of the jeans (and the high heeled boots!).

For me I had alfresco sex numerous times and I wasn’t a permanent resident of the flats so any shame associated being discovered mid-act was minimal to me. Fortunately because the teen had joined us in downing numerous shots over the duration of the evening so any inhibitions he had or concern about his reputation (being a local and all) seemed almost non existent. Weighing up the pros and cons as a new build not all the flats had been sold or rented so the chances of being caught were low.

Getting the jeans off and being bare arsed was risky to say the least but I concede there’s an awful lot of scope for steps to be incorporated into sexual activity. In the initial neediness and desperation we felt to connect physically I could easily bend over and rest my hands on the fifth or sixth step up which allowed him to penetrate me quickly from behind. The stairs offered me the support I needed as he pounded me furiously – somewhat aware of the time and location.

Once the first burst of lust had been satisfied and we were secure that the lights had automatically timed out in the staircase leaving us lit only by the moon and the street lights of Romford market we had more time to play.

Young and eager to please he had me sit on the third step and parted my thighs so he could perform orally on me. At the end of the day in those circumstances experience is irrelevant. Any man wanting to put his tongue into your wet pussy and laps at it like a dog is a massive turn on – more so because this young thing was kneeling before me to perform the act. And the more he licked the more I moaned. I got a feel for the body beneath the skater boy looked when he came out from between my legs and hooked my legs over his shoulders and began fucking me on the stair. Pushing and trying to plough as deep as he could. The deeper he got, the more I whimpered caught in the pain pleasure scenario and the deeper he tried to go. When he started being vocal about the timing of his potential climax, I pushed hard at his hips to prevent him from doing so given there was no protection involved.

I stood up and looked down at him kneeling. His youthful, bewildered expression looking up at me barely registered as his cock that looked fit to burst and dominated the picture I was gazing down upon. I raised my leg up to the third step and gently pulled his head to my wet cunt to let him lap a little more and lick my clit until I felt the orgasmic moment he so desired had been delayed.

I told him to sit on the steps and he obeyed without question knowing what I was attempting to do. When he was lent back and could support himself (and me) I sat slowly on his cock and bobbed up and down on it. My thighs were not in for a full workout so I eventually settled on his cock; rocking slowly and feeling his muscular chest against my back. Supporting most of my weight, I guided one of his hands to my breasts as I reached down and massaged his ball as I continued to gently move on his cock. When the panting in my ear graduated from a whisper to a more audible level and his balls tightened in my hands I jumped up quickly and before I had time to kneel between him to suck him to the moment of ejaculation he’d already released.

It was all over him, not me. This made getting dressed all the more easy for me. The goodbye was awkward. I would love to have invited him to stay the night, or even have a nightcap or to call a cab but it wasn’t my premise to offer out. Fortunately L had already made it very clear he wasn’t welcome in the flat so he headed down a flight of stairs and I headed up the stairs to the entrance to L’s place.

ANY THOUGHTS OR COMMENTS ON THIS POST Cancel reply